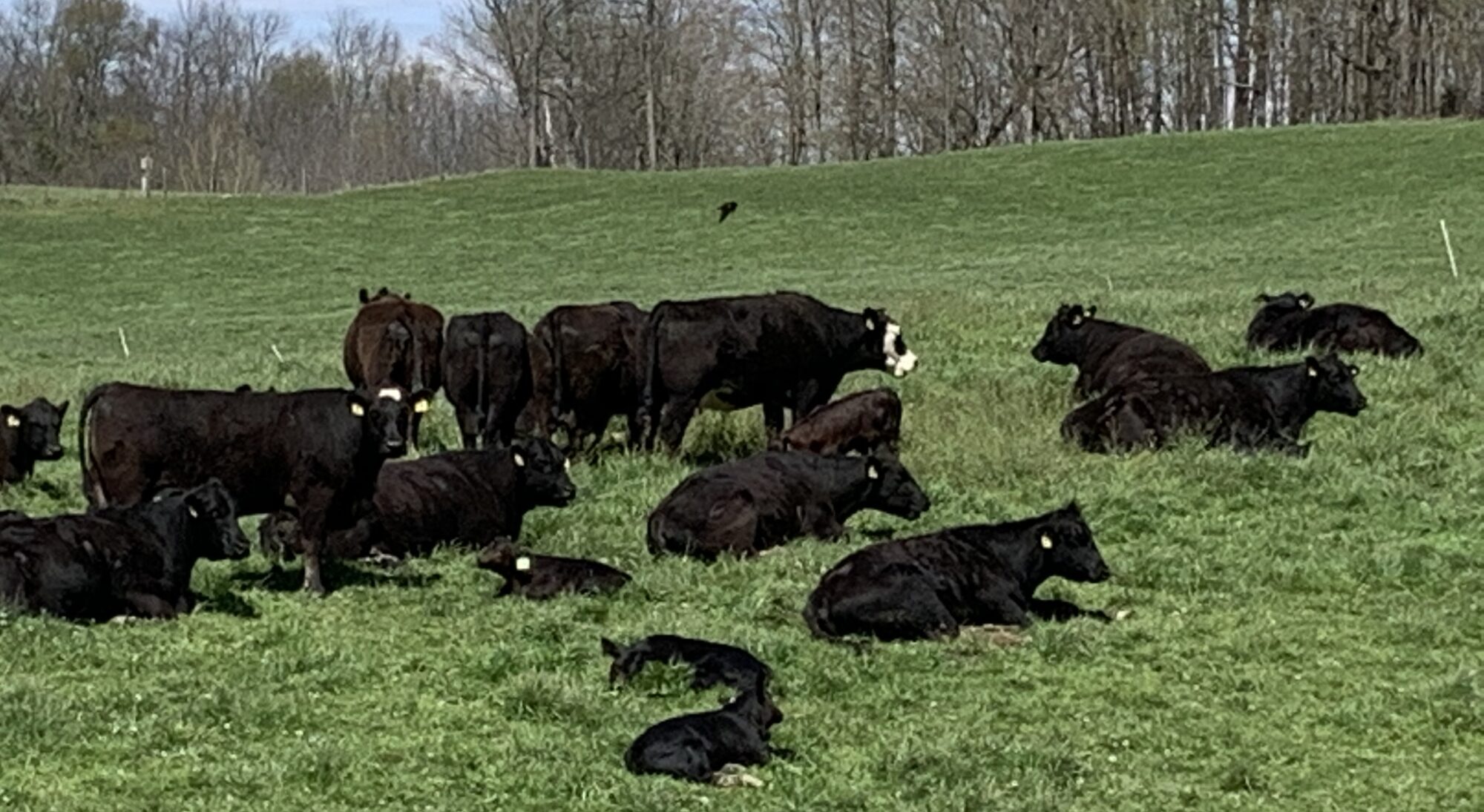 With all the rain and floods we had this spring and the drought this summer we have to change things up in order to keep food on the cattle’s dinner plate this year and next. One season of bad weather can play havoc on the whole process. We didn’t get the major crops planted and the secondary crops we planted for cattle won’t grow without water. So how do we keep the cattle fat and happy?

First, all the water we had in the spring flooded the fields. They were so wet the gator even had a hard time driving through them. By the time the fields were dried out, it was to late in the season to plant the spring crops of corn, soybeans. The second issue, was the drought that we endured during the summer. Since the major food groups couldn’t get planted we made the decision to plant oats, forage sorghum, turnips and cereal rye and grasses for the cattle to eat. But as we all no, without rain plants can’t grow and they didn’t. So, we purchased more seed and waited for a rainy forecast. Finally, a good rain was on the way. So we re-planted the oats and the grasses. And guess what happened? Yep! We only received a few sprinkles. But, some of the seed did germinate. The fields are sparse but there is some food growing.

The cattle that we grow to harvest for beef, require a highly nutritious diet starting from birth. The 2019 spring babies who were born through all that rain had a soggy start. With all the rain it did make the pastures look beautiful in the beginning. Then the pasture got muddy, the cows tromped it down, and it didn’t grow good. Yes, the calves are nursing at this point but they are also chewing on grasses like they see their mamas doing. The other problem that we had were the cows (mamas) were out in the field that we harvested corn from last fall. The mamas get to eat corn stalks, any corn they can find that was left, and the cover crop that we planted within it. That works as an additional pasture when we plant corn there. The problem? It was under water. Now we have hungry cows. That brings us to make a decision regarding cow/calf nutrition. We decided to feed hay longer into the spring then we normally would. That helped them get the vitamins, dry matter, and the protein needed for energy and a nutritious diet as they raise their calves. When the pastures somewhat grew back, we were able to stop feeding the hay.

Mama trying to get calves out of flooded corn field.

Then we need to consider the feeding of calves once their weaned. And how the floods and drought will play a roll in the finishing barns. Normally a portion of the fall harvested corn is saved back to feed these calves until October or November when we harvest corn again. But this year we didn’t get any corn planted. So do the calves go hungry? No. We always have to consider the next seasons needs and next years needs when weather doesn’t cooperate. We didn’t sell the remainder of our corn in the silo like we normally would have. Hopefully, we will have enough corn until next harvest. But just in case their isn’t enough corn we will be planting barley as a supplement grain. That is if the ground isn’t to dry to plant when we are ready.

But corn is only part of their diet. They also need hay for good nutrition. Remember though we fed hay to cows longer in the spring do to flooding and we started feeding hay actually towards the end of summer instead of early November since the pastures were drying up. That is a lot of hay that the finishing calves would have received. So that’s where the grass crops come in to play that we have re-planted a couple of times. The grass crops will become hay to carry us through the winter and into next year. And if we don’t harvest enough hay from those fields we have taken the extra step in purchasing hay already to make sure we can feed all the cattle.

So what is the financial impact of all this?

Without adding prices I think you get the point. Bad weather hurts. Your probably saying, “but don’t you have crop insurance?” “That should cover your expenses.” Yes, we have crop insurance but that doesn’t pay nearly enough to make up the money lost due to not planting the major crops. In fact crop insurance only pays us approximately 80% of what the crop would have made. And preventative planning basically only pays for ground rented that we use for crops. As you can see raising cattle isn’t easy. But we do whatever it takes to keep our cattle healthy and happy.

This blog is not intended to complain or whine about what has been dealt to us. We’re posting to educate the consumer. To let them know what really happens when inclement weather hits. And how hard we work to keep our cattle healthy and food on their plate. We are happy being farmers and God is always there helping us to be resourceful and to keep our cattle and family fed.